These Blue Chips gave STI a strong start in 2021

If you still remember, STI was the worst performing stock in this region last year. And how things have changed, it has started 2021 on a strong foot hold. As the banks constitute the highest weight, they have helped STI to propel forward given their recent very strong rally.

Below are the 2 bank counters that I owned and a laggard which has started to catch up. Given the flush in liquidity and returned confidence with the vaccine, they may rally higher. Let's see if the uptrend can still continue.

This counter has rallied the most, and as such, it is no longer cheap as compared to few months ago. 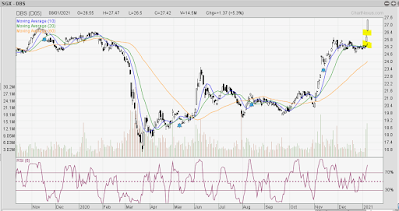 Like DBS, this counter has rallied in the last few months. Last week, it gapped up for 2 days, which means that investors are scrambling to want a stake in this counter. However, at 11x earnings, it is neither cheap nor expensive. 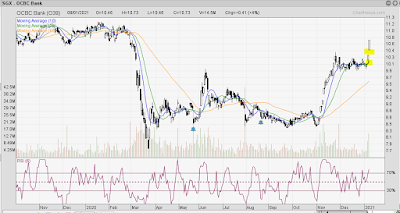 Though this counter is also in the STI index, it is the poorer cousin of these 3 counters. The counter has not moved much, but last week it breakout of the key resistance strongly. At about 10x earnings, it has not been fully valued. 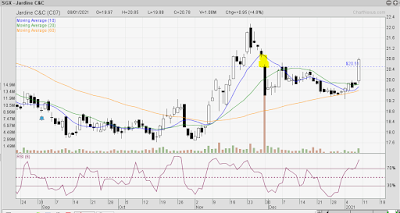 Oldman
Me am simple man with simple needs ...